Dallas, Texas – Last week, the Food and Drug Administration approved the Pfizer and Moderna vaccines for children under the age of 5. This means that nearly 18 million infants and preschoolers in the U.S. can now get the shots.

With vaccines for children under the age of 5 already available, health experts are confident that situations such as those during the omicron wave, when lots of infants and toddlers were hospitalized, won’t repeat, and the children will now be protected from developing severe illness.

The health department in Dallas County started offering the vaccines and some children received the shots on Monday, with that number expected to increase in the following days as, according to health officials, the county will receive an initial shipment of 2,000 doses.

The shipment will include both the Pfizer and Moderna vaccines for children under the age of 5.

Children who get a vaccine manufactured by Pfizer will need to have two doses administered three weeks apart, followed by a third dose administered two months later. It is suggested that the Moderna shot be given twice, with at least four weeks between each dose.

According to health experts, the vaccines are effective, safe, and significantly lower the risk of kids getting infected with COVID-19.

Health experts advise parents to choose any of the shots that are being offered, as both the Pfizer and Moderna vaccines are considered safe.

38-year-old woman vaccinated against Covid-19, who developed a deep vein thrombosis weeks after getting vaccinated, died due to complications caused by the vaccine, coroner says 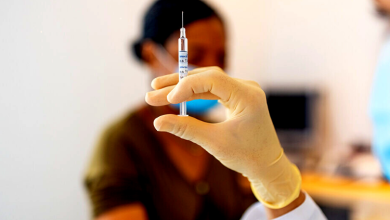 31-year-old health care worker, vaccinated with three Covid-19 vaccine doses, got infected with Omicron less than three weeks after her first Covid-19 infection; her case to be presented by researchers