President Joe Biden and the White House administration have done nothing to stop the immigrational crisis on the southern border since taking the office in January. The numbers are increasing every month as more immigrants are recorded in every consecutive report in 2021 despite Texas officials’ efforts to control the border.

No matter if one is a GOP or Democrat supporter, the crisis on the southern border is real and immediate actions are required. People reasonable slam President Biden and VP Kamala Harris for doing literally nothing in helping the border states, especially Texas, managing the immigrating crisis for months.

Since taking the officer in January, for no apparent reason rather than “I’m working something”, Biden reversed nearly all of President Donald Trump’s border enforcement policies, hundreds of thousands of migrants from poor Central America have traipsed north towards the U.S., and of course, with Mexico’s explicit permission.

The most alarming thing is the fact that the Border Patrol and the Customs and Border Enforcement agency are slowly becoming babysitters and migrant shufflers welcoming the immigrants instead of taking control and looking to protect the border and the country.

The immigrant crisis on the southern border is not something new. The problem has been here for months, but the recent surge in Covid-19 cases as a result of the Delta variant is making thing even more complicated. According to Citizen Journal, more than 40% of the immigrants are infected with Covid-19 Delta variant.

The information was provided by Washington Examiner claiming that the situation has gotten so bad that one city in Texas — Laredo — has now started refusing to take in new illegal aliens because of the massively high rates of COVID infection.

“That was very high,” Laredo Mayor Pete Saenz said in an interview, referring to the infection rate among migrants dropped off by the Border Patrol last week. Laredo health authority, Dr. Victor Trevino, confirmed the numbers.

“By not admitting migrants on the McAllen buses, the city is not required to test them for the coronavirus and could forward the families elsewhere. Those who test positive cannot travel and must be quarantined for 10 days, a situation Saenz wanted to evade to avoid migrant overflow,” the report added.

Fox News released a leaked audio file of left-wing Department of Homeland Security secretary, Alejandro Mayorkas, who visited the southern border last Friday where he expresses frank, eye-opening sentiments regarding the current state of rank lawlessness along portions of the U.S.-Mexico border.

“A couple of days ago I was down in Mexico, and I said look, you know, if, if our borders are the first line of defense, we’re going to lose and this is unsustainable,” Mayorkas said Thursday while talking to agents, according to audio obtained by Fox News’ Bill Melugin via a Border Patrol source. “We can’t continue like this, our people in the field can’t continue and our system isn’t built for it.”

He added that he and the Biden admin are well aware of the current situation at the border, claiming there is nothing much left they can do. He said that government’s immigration infrastructure was never built to handle so many hundreds of thousands of migrants like those seen in recent months. He added that he also aware that the sector he visited is close to “breaking point.”

Another video has also surfaced online few days ago when Julio Rojas, a Townhall correspondent, posted the video on Twitter claiming the source are Border Patrol agent who are fed-up of the situation at the border. “This has surpassed the point of sustainability — this is lunacy,” he tweeted.

United States has been one of the states with the best vaccination rates so far, but despite that fact the numbers are still surging as a result of the crazy spread of the Delta variant.

The fact that hundreds of thousands of immigrants are now going North, believed to be unvaccinated with such a high positivity rate when tested on the border, can definitely ruin the whole efforts our country and US people made since the start of the pandemic. 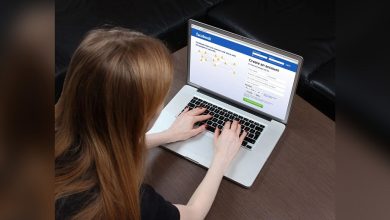 While some are happy to finally travel maskless, others are concerned if the federal judge’s decision to strike down a national mask mandate is too early

At-home kits are on the way, every household is eligible for four tests, program sponsored by the federal government