Notre Dame was picked Sunday over Texas A&M for the final College Football Playoff spot and will face No. 1 Alabama in the semifinals while Clemson and Ohio State were paired in the CFP for the third time.

The Fighting Irish and Crimson Tide will meet Jan. 1 at AT&T Stadium in Arlington, Texas, after a late pandemic-related relocation from the Rose Bowl in Pasadena, California. The Tigers and Buckeyes are set to play the same day at the Sugar Bowl in New Orleans — if all goes according to plan.

The national champion of this college football season played through a pandemic is scheduled to be determined Jan. 11 at Hard Rock Stadium in Miami Gardens, Florida.

The Fighting Irish (10-1) are back in the playoff for the second time in three seasons, becoming the first team to lose a conference title game and make the selection committee’s final four. The ACC is the second conference to have two teams in the playoff, joining the SEC in 2017, thanks to the famously independent Fighting Irish joining the league in football for a year because of the pandemic.

After sitting second in the CFP rankings for a month, Notre Dame was blown out 34-10 by Clemson in the Atlantic Coast Conference championship game. That opened the door for Texas A&M (8-1), which had been lurking in fifth.

The Aggies (8-1) closed their regular-season Saturday by cruising to a win over Tennessee, but were unable to become the third team in the playoff’s seven-year history to make the field without even winning its division.

Notre Dame’s reward will be a matchup with Alabama (11-0). The last time the Fighting Irish and Crimson Tide played was the 2012 BCS championship game and the Tide won 42-14.

The Southeastern Conference champion Crimson Tide is back in the playoff for the sixth time after missing out last year.

Clemson (10-1) is in for a sixth straight season, only missing out on the first playoff. Ohio State (6-0) is making its third appearance. The Tigers have won two playoff titles and the Buckeyes won the first after the 2014 season.

Clemson-Ohio State is a rematch of last season’s dramatic semifinal in Glendale, Arizona, won 29-23 by the Tigers. The two teams also met at the Fiesta Bowl in the 2016 playoff and Clemson beat the Buckeyes 31-0.

One of the semifinals was scheduled to be played at the Rose Bowl but a move was announced Saturday night. The change was made after coaches and school officials from playoff contenders complained about California’s COVID-19 restrictions that bans spectators from sporting events and would have made it impossible for players’ families attend the game.

The Rose Bowl twice asked for a special exemption from the state and was denied.

The season has been filled with disruptions as teams navigated COVID-19 outbreaks, contact tracing that sent players into extended quarantine and daily uncertainty about whether games will be played.

Ohio State had three regular-season games canceled and the Big Ten had to change minimum games played rule earlier this month just so the unbeaten Buckeyes could play in the conference title game Saturday against Northwestern.

Still, 87 percent of the games scheduled were played.

College Football Playoff executive director Bill Hancock has said a team selected to a semifinal would not be replaced if it could not play on the scheduled date. The game would be postponed if necessary and a every effort would be made to make it up.

The final drama of this season will not only be in the crowning of a champion but simply getting to the games.

The Aggies biggest victory of the season came against the then No. 4 ranked Florida Gators at Kyle Field. They defeated the Gators 41-38.

The Gators hopes for a playoff spot were dashed with a loss against No. 1 Alabama in the SEC Championship late Saturday night.

Florida finished the regular season with three losses – a fact that is sure to affect A&M’s resume with the committee.

After Saturday’s results, the only teams that seem to have a lock on a playoff spot are undefeated No. 1 Alabama and No. 3 Clemson, who avenged their only loss of the season with a blowout win over No. 2 Notre Dame in the ACC Championship Game.

Despite the loss to Clemson, Notre Dame remained in the picture with only one loss but no conference championship to show for it after going 10-1.

The committee was comparing their 24-point loss to Clemson with A&M’s 28-point loss to Alabama. The timing of the losses was also likely discussed with A&M’s coming in the second game of the season in October and Notre Dame’s fresh on the committee’s mind.

Notre Dame’s marquee win over then-No. 1 Clemson will also come into question as the Tigers were without their star quarterback Trevor Lawrence, who was key in Saturday’s lopsided loss.

“We’ve got two top 15 wins. We’ve got a win over this Clemson team. I don’t know if anybody has a resume with those two wins,”  Notre Dame head coach Brian Kelly said following their loss. “And we played 11 games. That matters. Playing 11 games, testing your team week in and week out, in my mind puts us as one of the top four teams in the country.”

The No. 4 Ohio State Buckeyes withstood an upset bid from Northwestern in the Big10 Championship Game which was being played at the same time as the TAMU-Tennessee game. While the Buckeyes finished undefeated, they only played in six games after several of their contests had to be canceled due to COVID-19 outbreaks.

Had the Aggies made the College Football Playoff, they would have been the first Texas school to do so since the playoffs first started in 2014. That first year, Baylor and TCU finished fifth and sixth respectively in the rankings just missing the cut.

No other Texas school has finished higher ranked since then. 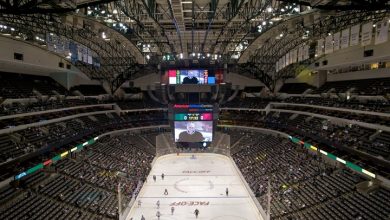