Months after the winter wave, America keeps low and steady Covid-19 numbers despite the fact that most of the well-known pandemic measures were lifted and people are slowly getting back to leaving their lives like the pre-pandemic period. According to the Covid-19 tracker provided by the New York Times, on Saturday, April 22, the country added a total of 69,897 cases which is higher compared to the 14-day average (46,490 cases), but still considered low and not dangerous.

The major reason why the current numbers seem low is the immunity people acquired, some through vaccination, while others with recovering from Covid-19. According to the data provided by the CDC, more than 257 million Americans have received at least one dose of the vaccine, while nearly 220 million are fully vaccinated. Boosted are considered just under 100 million people which is 45.6% of the booster eligible.

Late November, the world learned about the Omicron variant of the Covid-19 virus for the very first time after it was discovered in Africa. In a matter of weeks, the variant spread globally becoming the leading Covid strain among new cases. Omicron, considered by the WHO as variant of concern, is the most contagious Covid-variant to date easily evading both vaccine and natural immunity people developed during the last two years.

With Omicron, we learned that no one is protected against Covid-19 as re-infections were constantly on the rise during the winter months when Omicron reached its peak. What came as a relief factor with Omicron was the fact that majority of the Omicron cases ended up developing little to no symptoms at all.

So was the case with a 31-year-old woman from Spain, a health care worker, who followed what health experts were urging since the vaccines were rolled out and decided to get vaccinated as soon as she became eligible. In the following months, she even decided to get the third, booster dose, to remain further protected against Omicron, but the third dose apparently didn’t help in her case.

The woman first tested positive on Dec. 20 last year in a PCR test during staff screening at her place of work. The patient, who didn’t develop any symptoms, self-isolated for 10 days before returning to work. On Jan. 10 this year, just 20 days after first testing positive, she developed a cough, fever and felt generally unwell and did another PCR test. This was also positive. The 20-day gap between the two infections is the shortest period known since the start of the pandemic globally.

Whole genome sequencing showed that the patient had been infected by two different strains of Covid-19. The woman’s first infection was with the delta variant while the second, in January, was with the more transmissible omicron variant that had been identified as a variant of concern by the World Health Organization last November.

The case with the 31-year-old health care worker, whose identity was not revealed for the public, is to be presented by researchers at this year’s European Congress of Clinical Microbiology & Infectious Diseases taking place in Portugal this weekend.

One of the study’s authors, Dr. Gemma Recio of the Institut Català de Salut of Tarragona in Spain, said the case highlights the potential of the omicron variant to evade the previous immunity acquired either from a natural infection with other variants, or from vaccines. However, she added that both vaccine and natural immunity ‘seem to partially protect against severe disease and hospitalization in those with omicron.’ 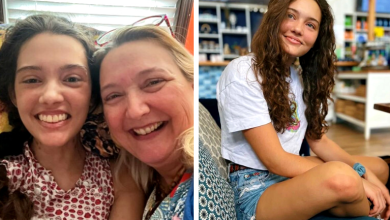 Fully vaccinated against Covid-19, young woman had both legs amputated after contracting the virus and developing severe condition, goes home after 2 months in hospital 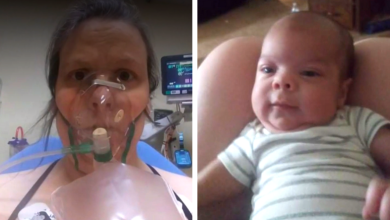 “I’d rather be a little sick than on a ventilator again,” Unvaccinated single mother of four changes mind over Covid-19 vaccines after spending almost three months in hospital 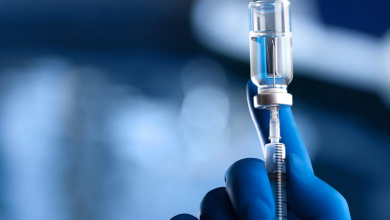 There have been less than 900 new Covid-19 cases on Wednesday in Dallas County, Covid-19 risk drops to yellow